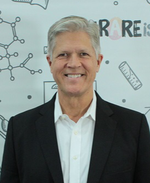 Mr. Engle joined CohBar as Chief Executive Officer and Director in 2019. From 2011 to 2019, he served as the Chief Executive Officer of Averigon, an advisory firm to the life science industry. From 2007 to 2011, Mr. Engle was Chairman, Chief Executive Officer and President of XOMA Corporation (NASDAQ: XOMA), a publicly traded biotechnology company developing antibody therapeutics for multiple diseases. From 1993 to 2006, he held several executive management roles including serving as Chairman and Chief Executive Officer at La Jolla Pharmaceutical Company (NASDAQ: LJPC), a publicly traded biotechnology company developing therapeutics for autoimmune diseases. Mr. Engle is chairman of Prescient Therapeutics (ASX: PTX), and a director on the boards of AROA Biosurgery (AUS: ARX) and Author-it Software Corporation. He is a former director of the board of the industry associations, BIO, BayBio and BIOCOM. Mr. Engle received a B.S. in Electrical Engineering with a focus in biomedical engineering and an M.S. in Electrical Engineering from the University of Texas, Austin. 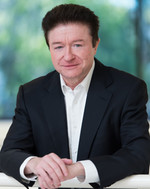 Kenneth C. Cundy joined our Company as chief scientific officer in November 2014. From December, 2012 to November, 2014, Dr. Cundy served as the chief scientific officer for XenoPort, Inc., a biopharmaceutical company focused on the development of product candidates for the potential treatment of neurological disorders. He served at XenoPort, Inc. as senior vice president of preclinical and clinical sciences from 2011 to 2012, as its vice president of preclinical development from 2004 to 2011, and as its vice president of biopharmaceutics from 2000 to 2004. From 1992 to 2000, Dr. Cundy was senior director of biopharmaceutics at Gilead Sciences, Inc. Prior to Gilead Sciences, from 1988 to 1992 Dr. Cundy was principal research investigator at Sterling Drug, a pharmaceutical division of Eastman Kodak Company. He received a B.S. in pharmacy from the University of Manchester and was registered as a pharmacist in the UK. He received a Ph.D. in pharmaceutical sciences from the University of Kentucky and postdoctoral training in biochemistry at the University of California, Berkeley. 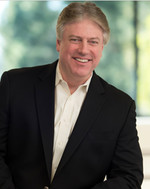 Jeffrey F. Biunno joined our Company in October 2013 as chief financial officer and was appointed secretary and treasurer in September 2014. Prior to joining CohBar, Mr. Biunno served as chief financial officer, secretary and treasurer of ManageIQ, Inc., a provider of global cloud IT systems management solutions, from March 2012 until its acquisition by Red Hat, Inc. in December 2012. From February 2009 until March 2012 Mr. Biunno served as vice president and worldwide controller of Dialogic Inc., a provider of mobile telecommunications network software and hardware enterprise solutions then listed on NASDAQ. Mr. Biunno founded Scalable Financial Solutions, LLC, a financial consulting firm, and operated it from March 2008 to January 2009. From February 2005 to March 2008, Mr. Biunno worked at Geller & Company, a financial services consulting firm. From 1997 to 2004, Mr. Biunno served as vice president and corporate controller of Novadigm, Inc. (NASDAQ: NVDM), an international provider of IT systems management solutions to Fortune 500 companies and government agencies. Mr. Biunno received a B.S. in accounting and an MBA in finance from Montclair State University. Mr. Biunno is a certified public accountant and a chartered global management accountant.